Starting our pre-race preparations off on the right foot, Brian and I went to a Belgium restaurant and ate waffles, frites & beer! 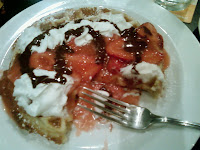 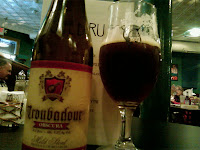 Despite such a non-traditional meal...

Brian Hopkins finished in 2nd Place, even after  CUTTING 45 seconds OFF his Personal Record!

He was FLYING... must have been the waffles :) 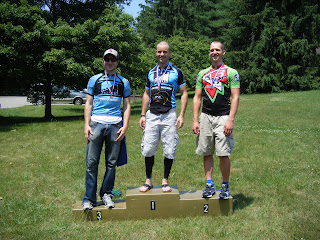 Despite our unsuccessaful gold medal defense, we were all happy just to race in the 85 degree humid heat instead of a torrential rain!

For more of the story, check out Brian's Blog, "Cartwheels..." on the right sidebar.
Posted by Henry Dimmick