Race to Any Place?

Steve Brewer and Mark Briercheck kicked off their racing season by not going anywhere.  Literally.

These two Ag3r boys headed to downtown Pittsburgh to attend the 11th Annual 'Race to Anyplace' (http://www.racetoanyplace.com) to benefit the Leukemia and Lymphoma Society. 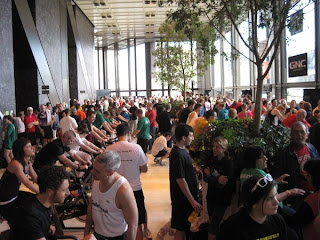 This race was a distance competition on spin bikes and Schwinn Airdynes. Because the spin bikes were too easy, Steve and Mark accompanied two teams that were signed up for the Airdyne divison. 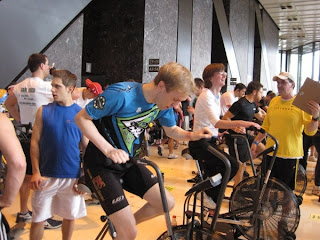 Steve jumped on with the Pro Bikes squad (http://www.probikesllc.com) while Mark had been recruited by his gym, Team Keystone (http://www.keystonehealthclub.com).

The immediate goal of the day was to complete a team race for 6 hours on an Airdyne. The bigger picture goal was to raise money and awareness for Leukemia and Lymphoma research.

The Plan:
Each team member takes a 15 minute rotation pedaling their heart out as hard as they could. After your shift, you bask in the glow of blaring music, tons of food, lots of hydration, and the general craziness of a saturday morning party where everyone is super fit and having super fun! Then - once you are adequately bloated on food and dancing and feel like laying down for a nap... 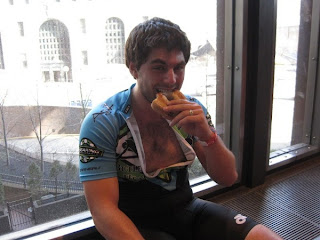 ....oh...yeah...you have to get back on the airdyne again and go as hard as you can for another 15 minutes.  Now just rinse and repeat this process for six hours! 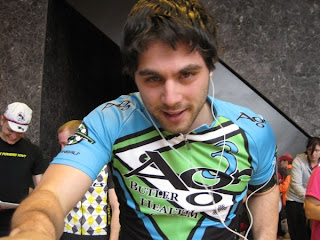 While three or four 15 minute rounds on an airdyne might seem simple, the reality of a poorly fitting bike, no clip in pedals, a giant marshmallow type seat, blaring music, and a giant crowd all add up to one crazy, tough, fun, and great event.

Although Steve and Mark left before the days winners were announced...I'm sure the most important winner of the day was the $22,000 that was raised for a great cause.

Did Steve find that donut in the planter?