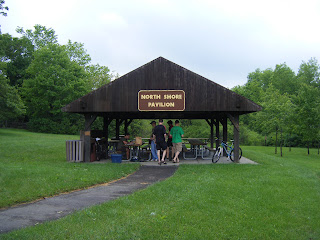 Despite Steve getting off to a S L O W start on the day...due to some LATE night beer "tasting", Hannah was able to roll him out of bed and get him to the start line in less than 30 minutes! 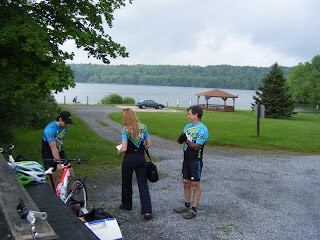 There was a slight delay of the start while the promotors figured how to handle a few trees that had come down in the previous 48 hours. 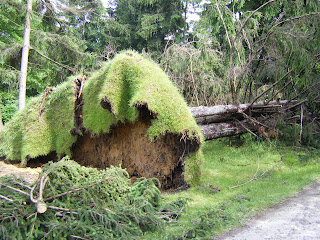 After some warm up riding we headed for the start. 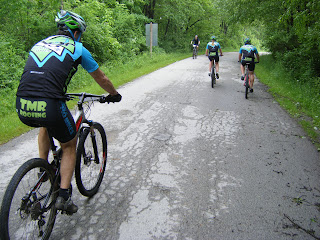 The course had LOTS of narrow trails with a fair amount of rocks...and lots of gushy mud in many of the corners... but as we neared the swimming area and finish, the trails turned to full width "roads". 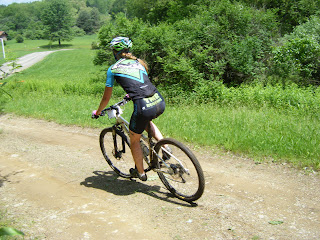 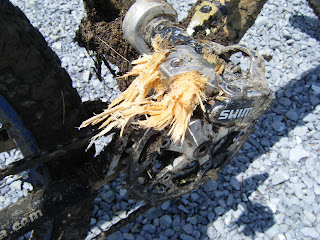 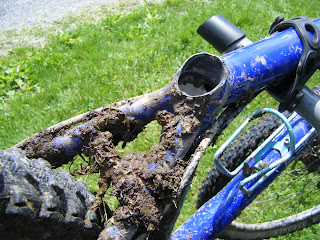 After we got washed off IN the lake(!), all four of us went for pizza and beers at a small Sandwich Shop that had helped Sponsor the race.  While we THOUGHT we were well off the beaten path, Doug Frost drove right past the shop with his family on the way home from the Pa. State High School Track Meet...