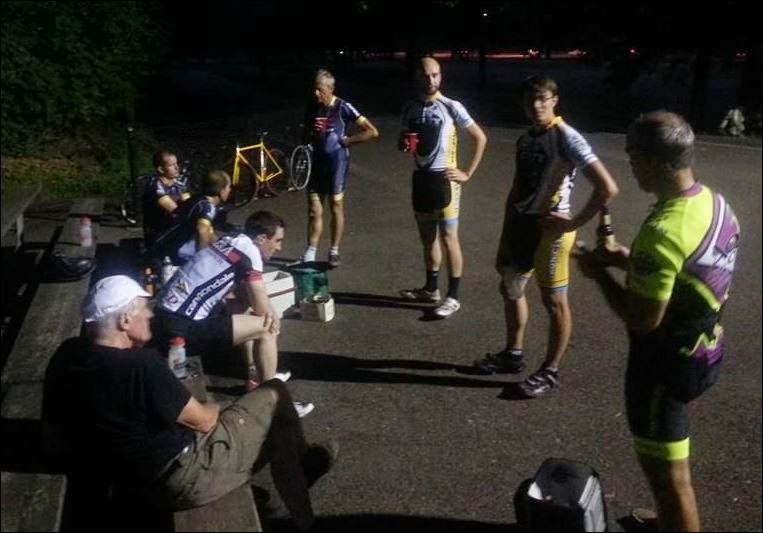 Threatened thunderstorms never materialized. Nobody complained about not getting enough exercise.

The best events, including the unknown-distance race, and the team race using a plastic scouring pad for a baton, never materialized for lack of time. Maybe next year.

Thanks to both participants and to Stephanie Swan for registering, scoring, timing, and flagging.