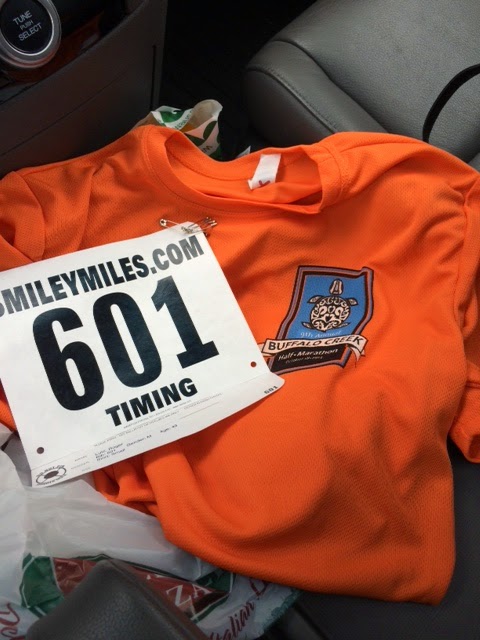 Story by Roger:
It promised to be cold, and threatened to be wet.  Promise fulfilled, and threats abandoned.  I had trained with miles, and was ready to go.  But I was in no way training for speed, or hoping for good times, or "Good Times".
One of the advantages of having raced this event a few times in the past is I was very familiar with the accommodations.  So I was able to pick up my race pack in advance at "Runner's High" (who am I kidding...  Amy did it for me).  Thus obstacle one was avoided,.. the huge lines at Lernerville.  I parked and hopped straight on the bus.  The Township Building was locked at the start so all of the runners were in the parking lot.  The bag system works great at this race, so while some runners froze, I was dressed like an eskimo until moments before the start.  A quick strip, bag and stuff the bag into a car and I was at the line.
I don't mind saying, I ducked the rope and slid toward the front of the masses.  While you're timed at a start pad and a finish pad, it still can be problematic being stuck behind groups of friends all out for a once-in-a-lifetime bucket-list kind of thing.
It was then.. and ONLY then..... I swear to you, no B.S.....  It was just then that I decided I wanted to really REALLY lay it all out there.
The gun, the start.
Some people say you should pace yourself and start slow, but I like the thrill of kicking through the crowd for a bit and the rolling roads to the trail provide for some fast running.  I also find it best to get a decent hole-shot into the trail so you're not held up.  You've got a mile or so in by the time you hit the trail.  Maybe you pass a few more people, maybe you get passed, but sooner or later, you find similar feet. 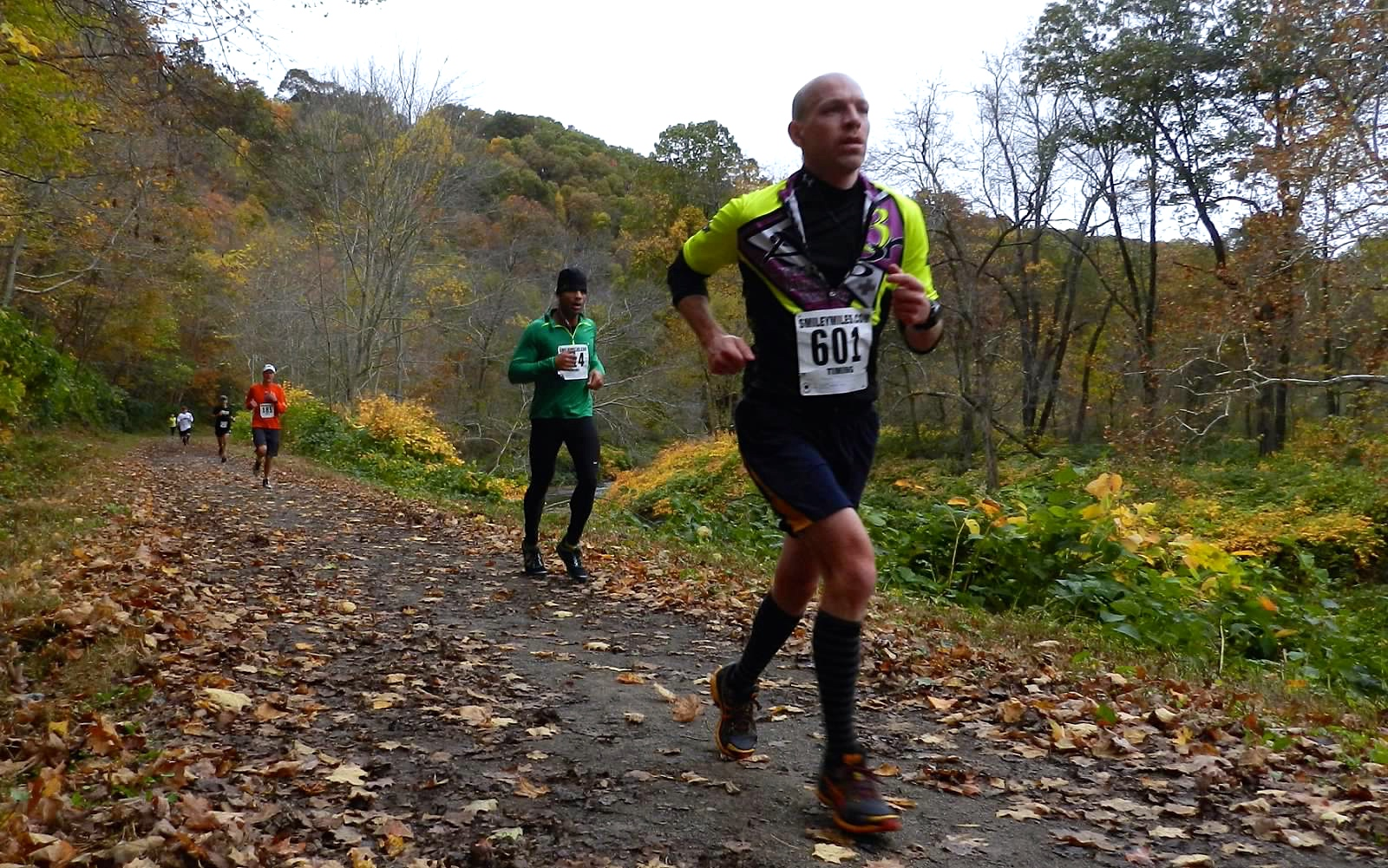 At first, I found Green Guy.  Green Guy has a beautiful elegant stride.  He looks like a great runner (in stark contrast to mine) and pacing him gave me something consistent to keep me driving.   Black and Orange guy passed me at some point and I decided to try to hold his feet and leave Green Guy.  I did for a very long time but around mile 11, with Black and Orange a few hundred feet ahead, Green Guy slid past.  I held on his heels tight into the Freeport area and as we climbed the hill, I noticed him slowing slightly.

At the switchback of the climb the grade really kicks up hard.  We cyclists recall this, I'm sure, from the rails to trails rides to the river. I poured on 30 or 40 hard strong pumps and cleared him in the first few, leaving the rest to try to get a gap that I could hold. Knowing that this year's finish was closer to the bridge than last....once ON the bridge, I dumped the hammer.  I was at 110%. 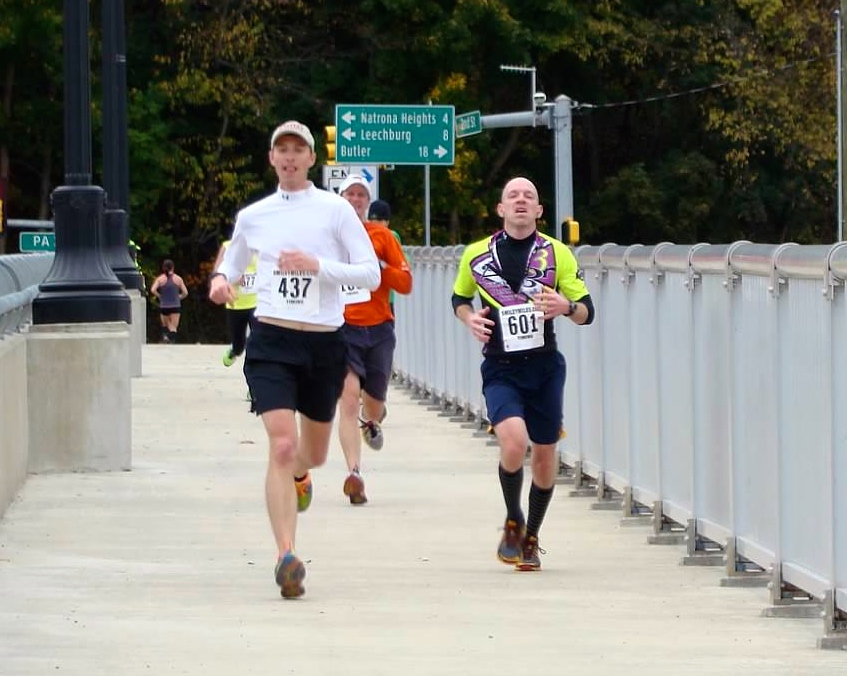 A left descent... zipped UP the Jersey ...then a quick right-hand to the line.

For HD and Jeff Bell, I went WFO!
I never know my time when I finish the race.  I'm pushing too hard to notice the clock.  Later, I received the results: 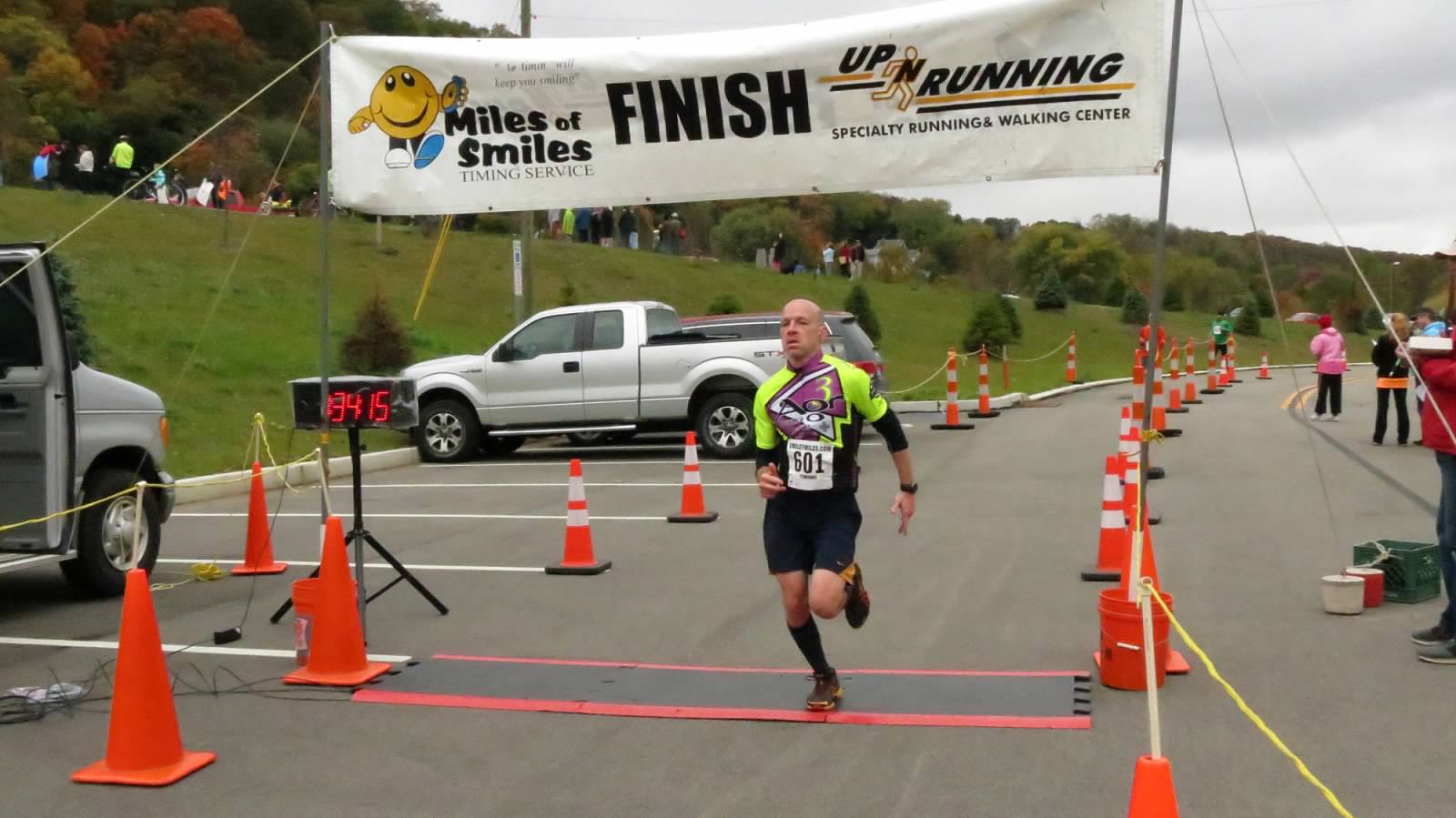 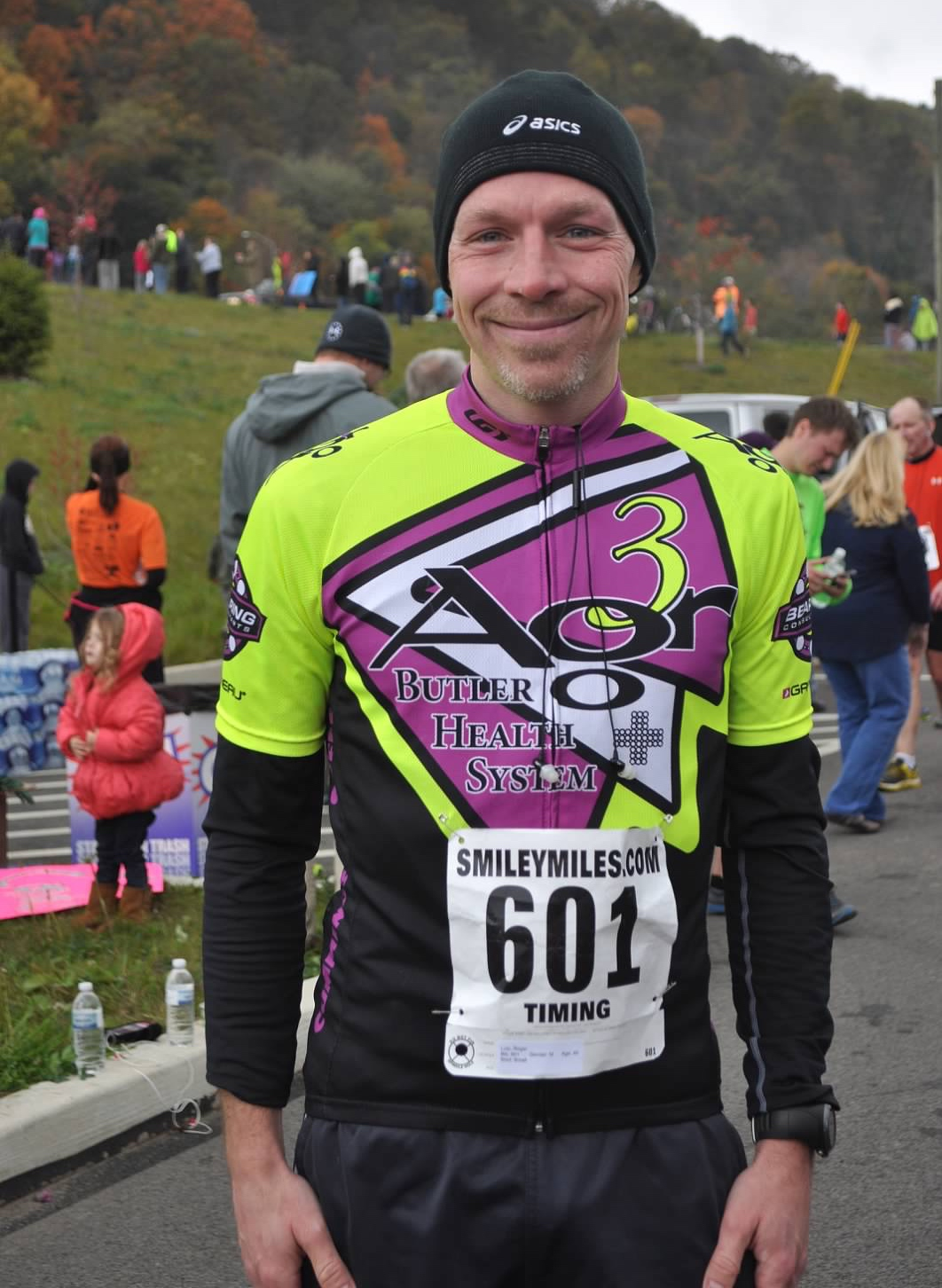 I was really proud to fly the Ag3r colors.  Thanks for the opportunity.  :)
https://buffalocreekhalfmarathon.shutterfly.com/pictures
Editors NOTE:
Rumor has it that Roger may enter an upcoming CycloCross race....and RUN the whole thing with a "Super-Lightweighted" bike over his shoulder....!!!
Posted by Henry Dimmick