If an Indian Summer is a warm day after the first freeze, what is a warm day in the middle of winter called? Rich Allen and I were lucky enough to be around for an impromptu ride with Doug Frost, because the temperature was warm enough for him to come out and play! 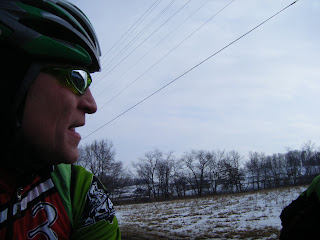 No one paid much attention to the climbing we did today, because we were more interested in Coasting Races, where we all match speed at the top of a descent, then see who can keep rolling the longest/farthest without pedaling :) 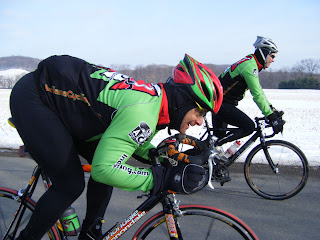 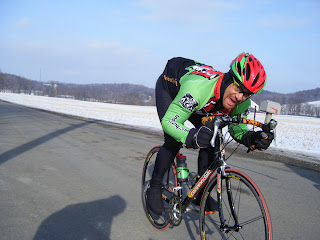 Check out the pic below ...right as Frosty is in his final inches of coasting, starting to saw his front wheel (actually breaking a spoke doing it!), his phone falls out of his pocket.

Notice that the shadow of the phone is "not connected" to the phone itself, because the phone has not actually hit the ground yet! 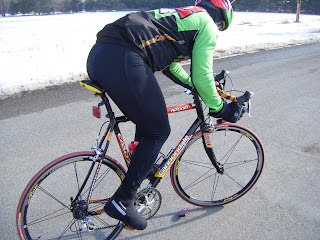