Sam Morrison, Kirk Morrison, Rich Allen, Ray Sielski & I all headed out into the brave new world of 2010 this morning, amid a nice snow shower, for the 16th Annual FoxVelo New Year's Day Ride. 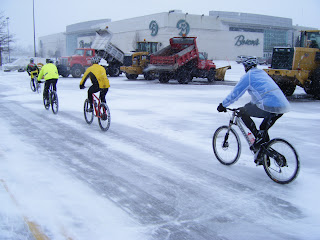 When we came upon the big piles of snow in the Mall Parking Lot, we got the idea to try to ride up... 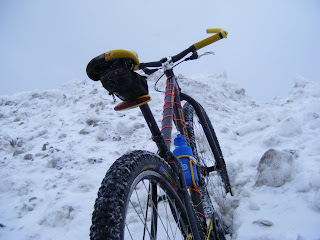 then climb the piles of snow... 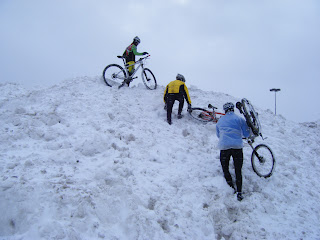 ...until Sam got the idea that we should put on a CX race at the Mall and make EVERYONE go up and over these mtns with each lap :) 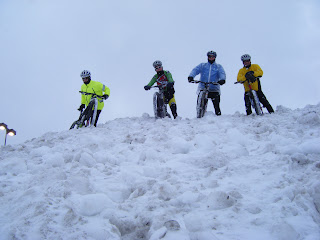 After that, we headed into the woods... 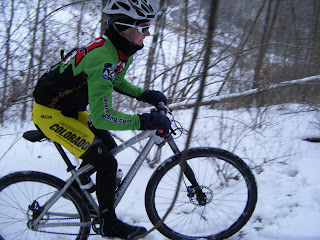 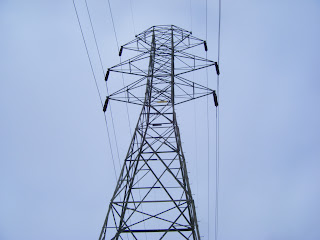 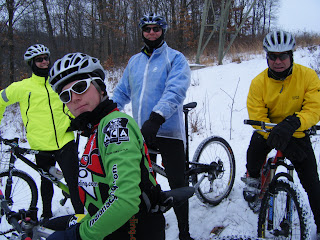 ...which looked awesome from the top... 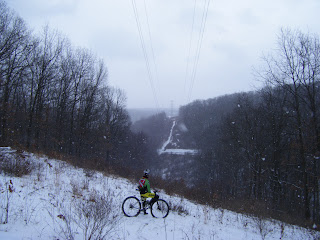 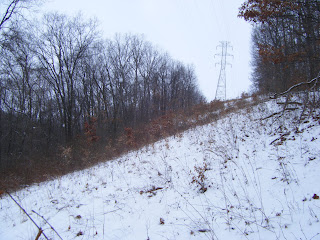 ...until we discovered that we would have to bushwack our way out of the valley back to civilization... 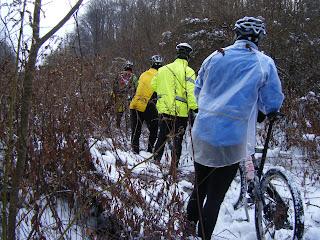 ...through jaggers so thick... 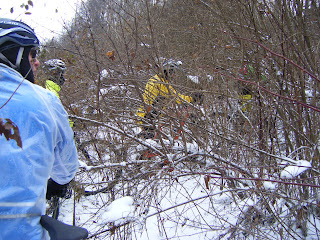 ...that soon, Jagger-Master Sam's only course of action became to line a trail floor with our bikes, then step on them in order to squish down the jaggers far enough for us to pass... 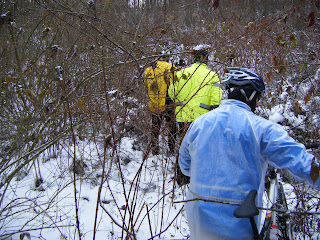 ...making slow and painstaking progress ... foot after foot ...after foot ...until he FINALLY broke us free of the wilderness! 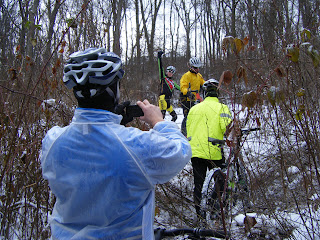 After all this work... I mean riding... we rode to Eat'n'Park for lunch :) Happy New Year!
Photo Thanks to Ray Sielski and myself : )
Posted by Henry Dimmick

I think Lewis and Clark used the same techniques as you guys . . .