Dan Schar was headed into Hilly Hill Billy territory to race the much dreaded (and respected) Hilly Billy Roubaix.  Unfortunately for Dan...he could not carry enough spare tubes with him! 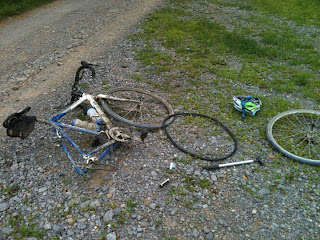 Yard Sale by Dan Schar!
At the last one I was out of tubes and patches, and the sag wagon was right behind me (indicating I was the last person on the course at that point). Nothing I could do but give up the ghost. It's still stinging as I really wanted to finish it. Next year for sure!!! 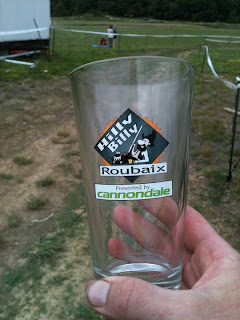