This reporter has uncovered that Ag3r-ButlerHealthSystem rider Steve Brewer has signed a contract with Cannondale Bicycles to help develop a new Shaft Drive Bicycle.

An un-named source from the bike's development team said, "By breaking 6 or more perfectly good chains per year, Steve and his Sequoia sized tree-trunk legs made him a perfect test subject for this project.  When we are done with him, the Government has expressed their own interest in experimenting on Steve." 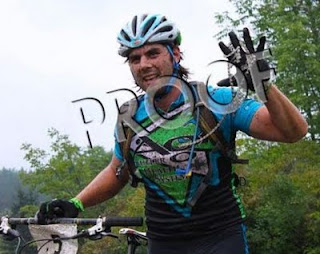 The bike has been named "The Harpoon".

Ag3r teammate Brian Hopkins was quoted as saying, "No one is happier than me that Steve has finally gotten the SHAFT"...!

@Brian - Or how to properly adjust a derailleur.

Wonder if he has been breaking Shi8mano or SRAM chains. Andy had broken 2 shimano chains this season. they break right at the pin.