The Appalachian Bicycle Racing Association kicked off the 2001 season with the Amity (Pa.) Spring Training Road Race this past weekend.


Photos Courtesy of Fred Jordan
-----------------------
Mark Briercheck's Writes:
The Amity-ville Horror was indeed an appropriate name for the kick off of the 2011 Road Racing season in lovely Amity, PA. With a high noon start time and a balmy temperature of 34 degrees it was nearly perfect for Spring Classics weather. 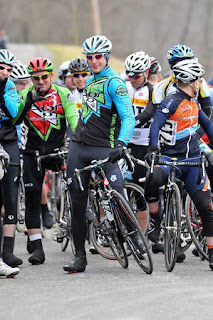 With Ag3r/FoxVelo appearances by T.Lyle Ferderber, Dan Schar, Dave Shaffer, and Mark Briercheck, the day was set to be an eye opening experience to bicycle racing in 2011. After ample warm up time and plenty of food, the general forecast for the days ride looked to be "challenging".  The course was a 5 mile loop. 2.5 miles up followed by 2.5 miles down. And no, the course did not disappoint! (For a visual representation, please see the diagram below). 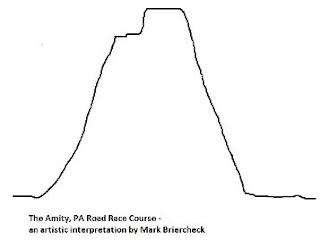 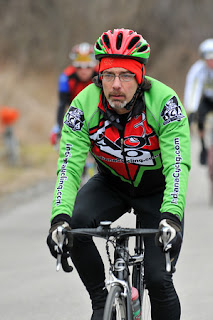 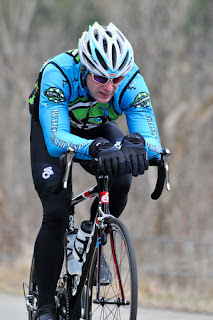 ...while Shaffer and Briercheck raced in the Cat 1/2/3 race. 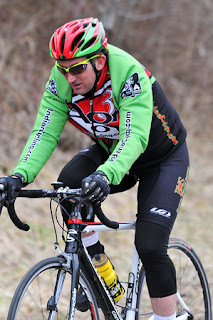 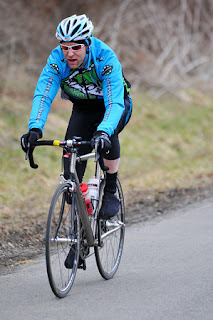 No matter which race you chose it was a suffer-fest. There are no gritty details to reveal. It was just a hard Spring race that didn't allow for anyone to sit in. Some good solid efforts were put out by all despite the cold and gray of the afternoon.
On the day Shaffer took 13th in the 1/2/3 just edging out Briercheck who came in at 14th. 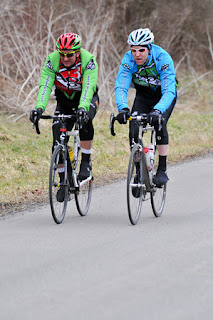 Overall it was a great way to kick off the season and definitely laid the groundwork for what needs to be done to move up as the year takes off. As for next weekend- Amity II, the Demon Hill's Revenge!

As folks dropped off the back and out of the race (the UPMC guy with me in the pics only lasted 3 laps), I realized I'd be last, so out of the kindness of my heart and with true compassion for those volunteers and riders with frostbite, I stopped after 25 miles of racing which was enough for me. 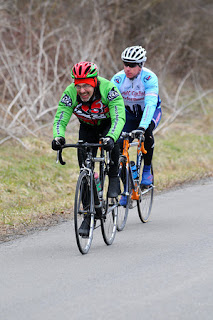 This Sunday, it is the 4/5s for me. Thanks go out to ABRA and JR Petsko for finding a place to race where we haven't been yelled at yet by the residents!
Posted by Henry Dimmick