Little Washington is really Washington Pa... called "Little" so as not to be confused with Washington DC.


Soon after setting up camp...


Next Up - Men's Masters 40+ yrs
Steve finished in 9th Place


All throughout the races, Dan and Mark could be seen...and HEARD...cheering!

...before finally running out of steam...HERE... with Kirk giving him some crap as he passed by for sitting down on the job!


It was a great day for Cross....as most days ARE.
Posted by Henry Dimmick No comments:

Attending from Ag3r were Mike Maher and Mark Briercheck, finishing the Omnium in 2nd Place and 3rd Place respectively.

Also NEW to this version of Double Cross?

In the mean time, you can read all about Double Cross I...right HERE
Posted by Henry Dimmick 3 comments:

I enjoyed the 6 mile loop and ended up with a 25th place finish in the Masters 45+ class (race # 439). This outing has motivated me to get out to Alameda and Moraine over the winter to try to develop some off-road skills before the start of next year’s MTB races.


Photo by Mike Briggs
Rich ended up with an 18th place finish in the Sport Class (race # 543) and with (unfortunately) more back issues.


Photo by Mike Briggs
Here is a link to the results (listed by race #): http://monthofmud.org/?page_id=1275
Posted by Henry Dimmick No comments:

There were two categories, "competitive" and "recreational". These categories were based on the type of kayak used. If an entrant's kayak was less than 17.5 feet, they were automatically in the recreational category as competitive kayaks are longer and skinnier (over 17.5 feet).

Considering my 1st Place "Recreational Time" was only (45) seconds off the "Competitive IronWoman" time...

...for Christmas, I'm adding a "competitive kayak" to my sports-related Wish List (along with a new mountain bike and new cx bike). I guess I AM more like STEVE than I'd like to admit  :)

Ag3r/FoxVelo Club Member Randy McCracken dusted off his "wings" to compete in the hillclimb King-of--the-Mountain Challenge in Clearfield, Pa.

Finishing in 16th Place Overall, 2nd  Place in the Men's 50+, Randy reminds us all that he remains a contender when the road turns "North".

Complete Results can be found HERE.
Posted by Henry Dimmick No comments:

Steve Brewer and Brian Hopkins drove WAY over to (8 hrs one-way for Brian) to race CX!

Cincinnati is a BIG race....ranked UCI-C2/C1, and is part of the (traveling) USA CycloCross Season Circuit.  So it is no suprise that good racers travel from MILES AROUND to go head-to-head with the best, then follow that up by watching the PROS "do it" on the same course.
Racing Friday, Saturday AND Sunday, they mixed lots of car-miles and lots of leg-miles with lots of photo-ops with famous racers, whose pictures continue to populate Steve and Brian's FaceBook Profiles Photos   : )

With Brian "Leaping Over" both the barrier (below) and Steve, to go into the "Ag3r Cup" lead +2 over Steve!!

Sunday Harbin Park (Cat 2/3)
Brian finished 50th
Brewer finished 53rd
And with that, Brian comes away as Ag3r Cup Winner, finishing +5 over Steve!!!
What a GREAT road-trip weekend of Cross-Immersion for the boys!
Posted by Henry Dimmick 1 comment:

To prove he is still young at heart, AND young of body, Kirk had a go at the Pa. State Qualifier for the 2011 National Senior Games!


Complete results can be found HERE

----------------------------------
Here is Kirk's Story:
This past Saturday morning (Oct 2nd) I participated in the PA Senior Games cycling event at the Bud Harris Oval. This is the qualifying race for the Senior Games National event which will be held in Houston, Texas at the end of June 2011. It was a great event coordinated by Skip Rogers/Mark Bedel and run by Oscar Swann. Many volunteers were on hand including Ed Johnson, Bill Ehler as well as several personnel from the WPW.

The highlight of the morning was watching the 80+ age group races ….. both Men and Women (!). Believe it or not, there were two married couples in this group. Both couples finished as Gold or Silver medal winners (see these amazing athletes in the front row of the group photo).


I would highly recommend this to everyone when the next qualifier comes around (2012). The sight of these senior athletes racing around the Oval is phenomenal.

Mark Briercheck, Kirk Morrison, Steve Brewer, Rich Allen attended the Grove City CycloCross round of the 2010 Month of Mud Series over the weekend.


Complete Results can be found HERE

The whole team signed up and raced the 'Sport' category and quickly realized that there were 80+ others in the same starting group...it was going to be interesting.

The pack quickly spread apart and Steve Brewer managed to start a race without breaking a chain!  The course had very few climbs but everything was so wet that going down hill was just as hard as going up.  Brewer was definitely in the top ten for the group finish and I think that Allen and Briercheck (finishing within a few seconds of each other) are probably top 20. Morrison was close behind.

At the end of the race we attempted to find out our results but none of us could remember our race numbers so Gary Bywaters put the kabash on us and said he only speaks in digits now.  So without knowing the actual race outcome we sort of leave the day in a spot of mystery!

Steve Marlette was the sole Ag3r racer to attend the Appalachian Bicycle Racing Association (ABRA) Kick Off Cross.
While managing an 11th Place in the Men's 40+ race, it sounds like his experience was still all positive...for the race and the course ...as he experienced another equipment failure PRE-RACE (see the previous post on the Erie TT where he broke his TT bike seat mast before the race.)

Steve (Marlette) and Steve (Brewer) are two birds of a (similar) feather!!!

Complete results can be found HERE

Also, my Cranks Brothers petal broke before the race. The folks from Pro Bikes helped me out with some loaner pedals so I was able to race.

ProBikes is awesome! --Crank Brother's Candys not so awesome :(
Posted by Henry Dimmick No comments:

In the Men's B Race:
Brian took 9th Place Overall

Full Results can be found HERE

...quite a busy weekend for Ag3r riders.
Posted by Henry Dimmick No comments:

After a late night at the Double-Cross, Ray Sielski and Steve Brewer met up with rested (and sober) riders Kirk Morrison, Rich Allen and Steve Marlette to attend the JBV/ProBikes CycloCross Clinic in Frick Park.

A potential LOW-light for the day was Steve (max torque) Brewer breaking yet ANOTHER chain...a brand new one put on just that morning after (last night's) Double-Cross chain break episode.
Brewer's is much like an electic motor... : ) 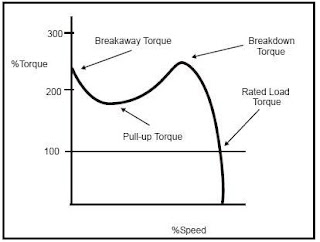 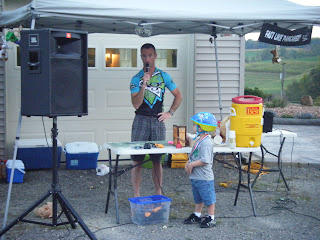 The Saltsburg Double Cross was a 2-race, back-to-back, one-in-the-light and one-in-the-dark...


Night Photo by The Happy Trout
...beers BEFORE, DURING & AFTER race format, with both classic barrier and extraordinary barrier obstacles!
4 Fanged Snake Bite Rumble Strips 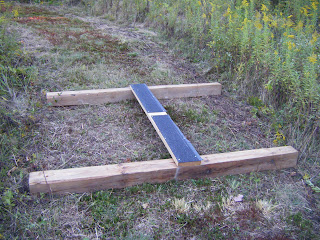 Thorn (in the tire, now you gotta) Run Trail 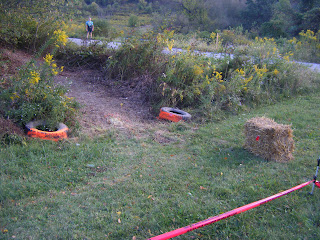 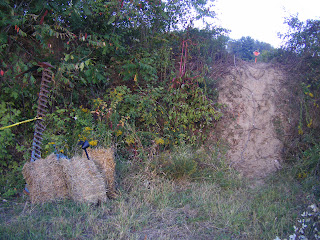 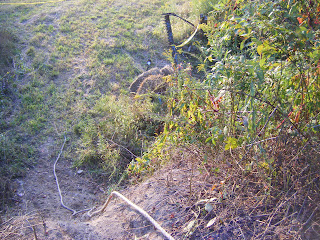 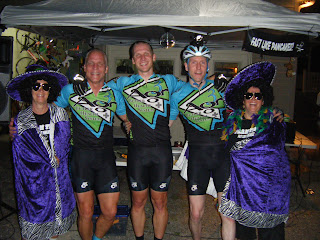 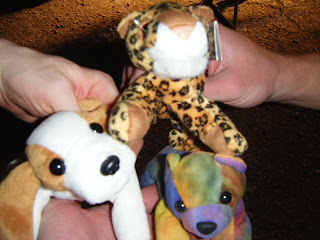 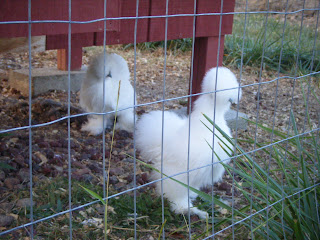 Mike skipped Race #1 to make sure things got going as planned...and then joined in on Race #2 and took the WIN.

Hannah Brewer was the only Brew-Crew member to sucessfully finish both races.
...and Steve (legs like locomotives) Brewer broke most everything in site ...including exploding his chain into 3 pieces in the first pedal stroke of Race #1...!!!

Learn more HERE, about the OTHER definition of Double Cross riders had to endure during the night race! (written by the The Happy Trout)
Posted by Henry Dimmick 1 comment: