Blue Sky or Not CX 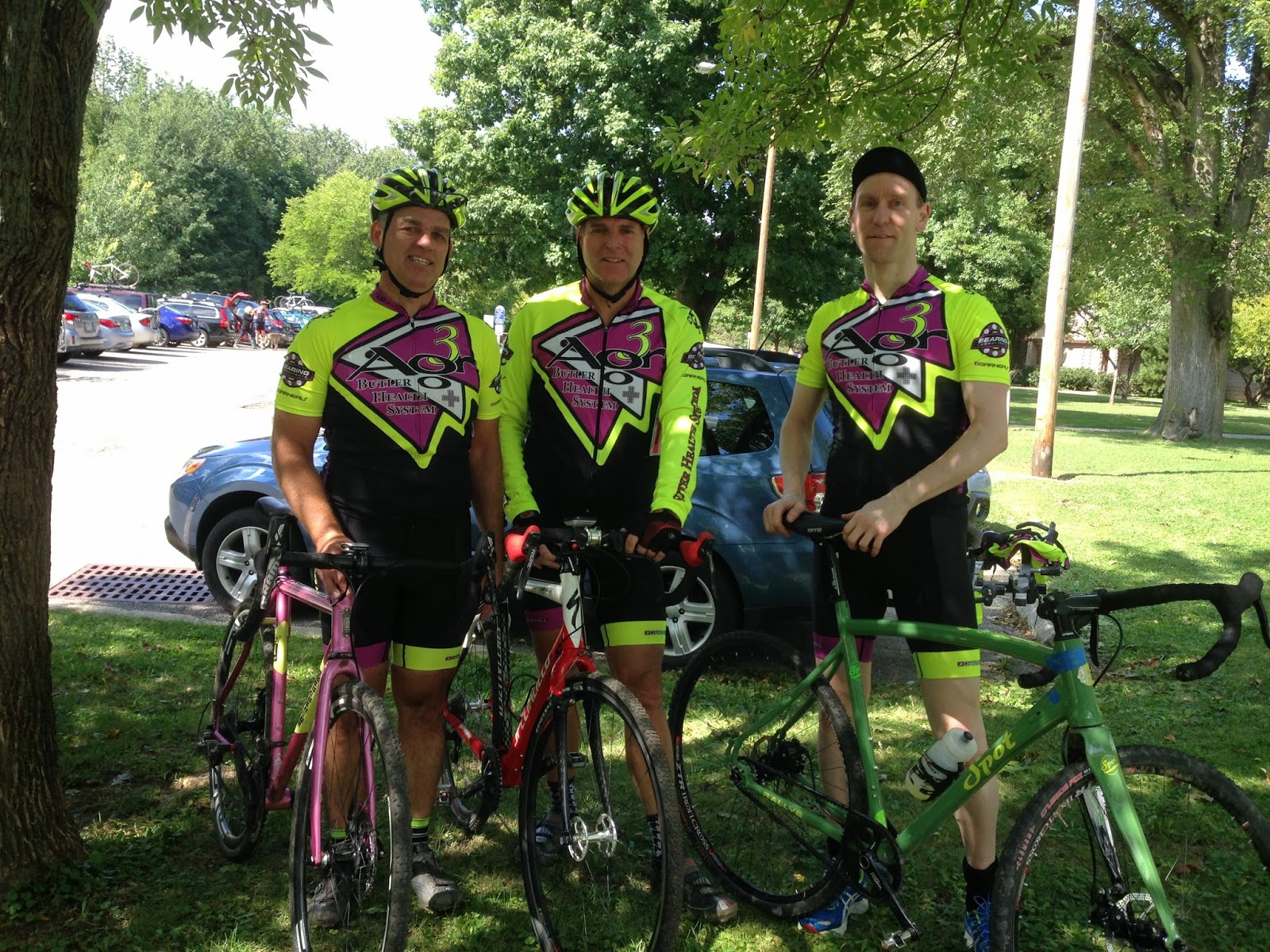 Here are exerpts from their day:

Mark Writes:
Yes, Blue Sky was a wacky race.
I burped my rear tubless in the singlespeed race. DNF.

I blew my rear tire in the Mastter's 35+ race....but this time had a pit bike, so I could at least finish the race.

At least we have a picture to capture the moment!

Kirk Wrote:
The race day started with an overcast, "not" Blue Sky and ended with a spectacular Blue Sky with temps around 60F.

In the SS Race: Mark burped a tire on his fancy new Spot SS for an unfortunate DNF

In the Masters 35+ Race: Mark again had the misfortune of rolling a tire and popping the tube outside of wheel on one of the early laps.  Fortunately, after a long run, he was able to hop on his re-inflated Spot SS "pit bike" and recovered to finish in 21st place. 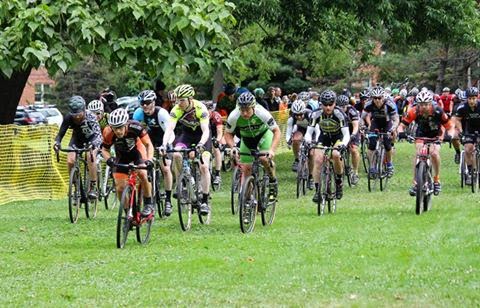 In the Masters 55+ Race: Both Ray and I enjoyed the chance to compete in the "race within the race" as Ray finished in 13th place while I ended up in 4th.

The course was fast, dry but twisty through the park with 2 drops into the woods, 2 sets of barriers and a substantial fallen tree to traverse.  We also had the opportunity to "run the sand" on the Lake Erie beach on every lap.

This was my first 55+ race and I enjoyed the chance to compete with other "mature" riders.  Midway through the first lap, I was able to catch onto the back of a group of 6 riders.  Throughout the remainder of the race I was able to gradually work my way through this group until I passed the final rider within a few minutes of the finish.  Fast pace and very fun !