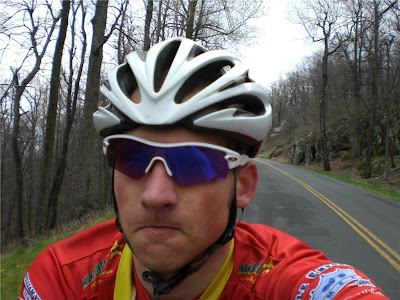 I think the winter down here in VA has nicer weather than the Spring. It's been cloudy or rainy here for about 3 weeks with a few beautiful days thrown in. Yesterday started out cloudy for my ride on the parkway but there were still a ton of people out riding. I passed 2 groups of 10 or more. I met one guy on a touring bike fully loaded so I decided to slow down and talk with him on one of the climbs. He had an Australian accent and told me that he was on his third day of a 2 month journey that would take him from Williamsburg, VA to Oregon. If I only had 2 months to spare! Actually if I had 2 months to spare I'd probably just stay around here but be able to race more often. 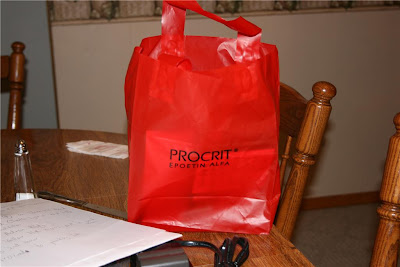 If I could get a hold of some of this stuff, I'd probably go faster. Maybe they could sponsor us;-)

At the end of my ride yesterday i decided to do my monthly power tests. I thought after riding for 2 hours my numbers would be lower than last time but to my surprise I had my highest power for 20 minutes ever. I guess all of those intervals are working. Now I'm just taking it easy on Thursday and Friday ahead of the Tour de Ephrata this weekend.