There was a time (2008) when Ag3r held FIVE Track Records at the Washinton Blvd "Bud Harris Track" in Pittsburgh Pa.  Since then, other teams have come back with lots of strong guys to trim our record count to only ONE (2009).

However, Ag3r-ButlerHealthSystem soon began it's comeback (2010), which was then heavily boosted this past Friday by Steve Brewer ...to bring our count back up to FOUR (2011 June). 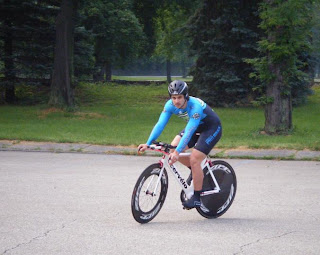 Fresh off his explosive winning of the field sprint at the ACA Criterium, Steve unleashed TWO RECORD SETTING RUNS of the track, setting first the 1 Lap (0.5 mile) Standing Start record... 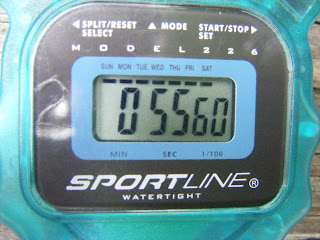 ...then later, the 1 Lap (0.5 mile) Flying Start Record...both made possible by a TRIPLE FOCUS on his speed, his speed, and his SPEED! 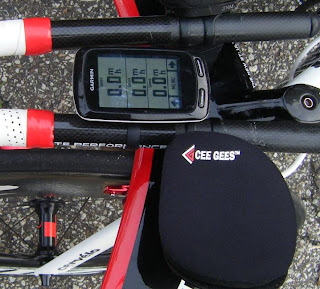 ...In between the night’s Track Bike events Steve Brewer powered his way to new records in both the standing-start and flying start 1 lap. His standing-start time would have been even faster had he managed to get out of his little chain ring. His time was averaged among three stopwatches. Take a look at his mph:

Great job Brewer! You even knocked time of of the trial run!