Sam Morrison started the 77 mile Roubaix-style race...the Mead Roubaix, but found the loose (dirt?) to be harder to endure then the cobbles of Belgium. 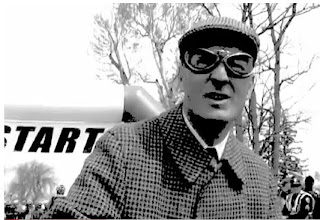 Then in the first major chase group a Garmin kid stacked in right in front of me in the dirt and I had to hop a ditch into a field! 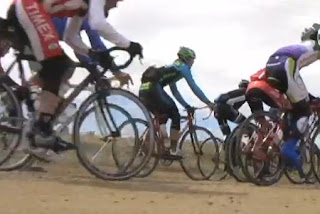 See Video HERE
Sam's can be seen at the 18 second mark, just as the peleton is passing and the camera starts to pan, it is if the camera is following Sam on the far side of the group.

Sam is seen again at the 55 second mark, just after the rider in red/white goes off into the grass, you see Sam stacking it into the ditch along the road edge!

...Then almost get run over by a passing Tractor!!!  ...which must have been their broom wagon?!!!?
Posted by Henry Dimmick